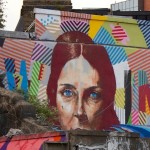 Gremlin fills my heart with so much joy it might burst. Then in the very next second I want to throttle him. His perspective on life is so out of the ordinary…well, out of the ordinary for me. While J and Oldman are black and white, Gremlin and I see everything in shades of grey.  But he’s got a lot of his dad in him too so he’s quite the mix.

He has a very tender heart, so it’s no surprise that he’s an 11-year-old that talks to birds. All birds. The day we “healed” a dying hummingbird was the day his life was complete. He says, “Humans aren’t perfect, but birds are.” Sweet and goofy kid.

The thing that throws me for a loop with Gremlin is that he’s allergic to so many kinds of food it’s insane. No one else in our family has these kind of allergies – where did he get this?! He actually has a rare one – MSG. Yes, there are a lot of people who are MSG intolerant, but Gremlin is part of the 2-5% of the US that is actually allergic. He can react just by being in a place that cooks with it. The skin around his eyes, his upper lip, and fingernails turn purple and he gets super lethargic (looks like he’s about to have a seizure). It’s scary.

He’s also allergic to gluten, red food dye, and some sugars. Needless to say Halloween and Easter suck for this kiddo! He’s actually been pretty good about not sneaking food because he understands the outcome, but it’s been harder recently. I think he was under the impression he might outgrow it. He’s been dealing with it for 4 years now and he’s tired of it.

Yesterday was a whopper. His science class was making edible dirt. They were talking about the various layers of earth. I was able to find substitutes for everything that was needed so he could participate. Or so I thought. A few bites into it his body tried to get rid of it any way possible. They never called me. I’m sure they thought they had it under control, but a call would have been nice.

All families have their “thing” that eats up their time and emotions. His food allergies are just part of our world. Not bad considering what it so easily could be. I have to admit I struggle with grocery shopping. I find myself welling up with tears easily. I am constantly disappointed with the types of food that he can’t eat. He’ll be able to eat cereal or a snack for months and then the company changes the ingredients. Sometimes I don’t catch it in time. 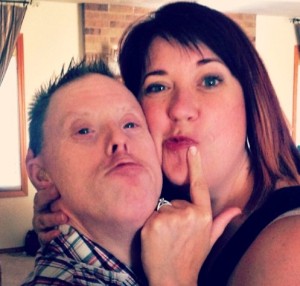